One of the good things about having my birthday around Christmas (ok, and pretty much the only good thing) is that my birthday lunches manage to get spread out over a few weeks because people are busy and all those damn snow days didn’t help either. But on the brightside, my birthday was like 3 weeks ago and I’m still enjoying the benefits.

My friend Suzanne took me to Rook, because I had been itching to try their ramen. You know I have been complaining about why Indy doesn’t have a ramen bar for months now (even if according to David Chang, ramen is dead, I prefer Peter Meehan’s take. “Long live ramen!”). Anyhow, at least for now, you can get your fix at Rook. (They say they will be changing their menu routinely, so no guarantees how long they’ll have it). 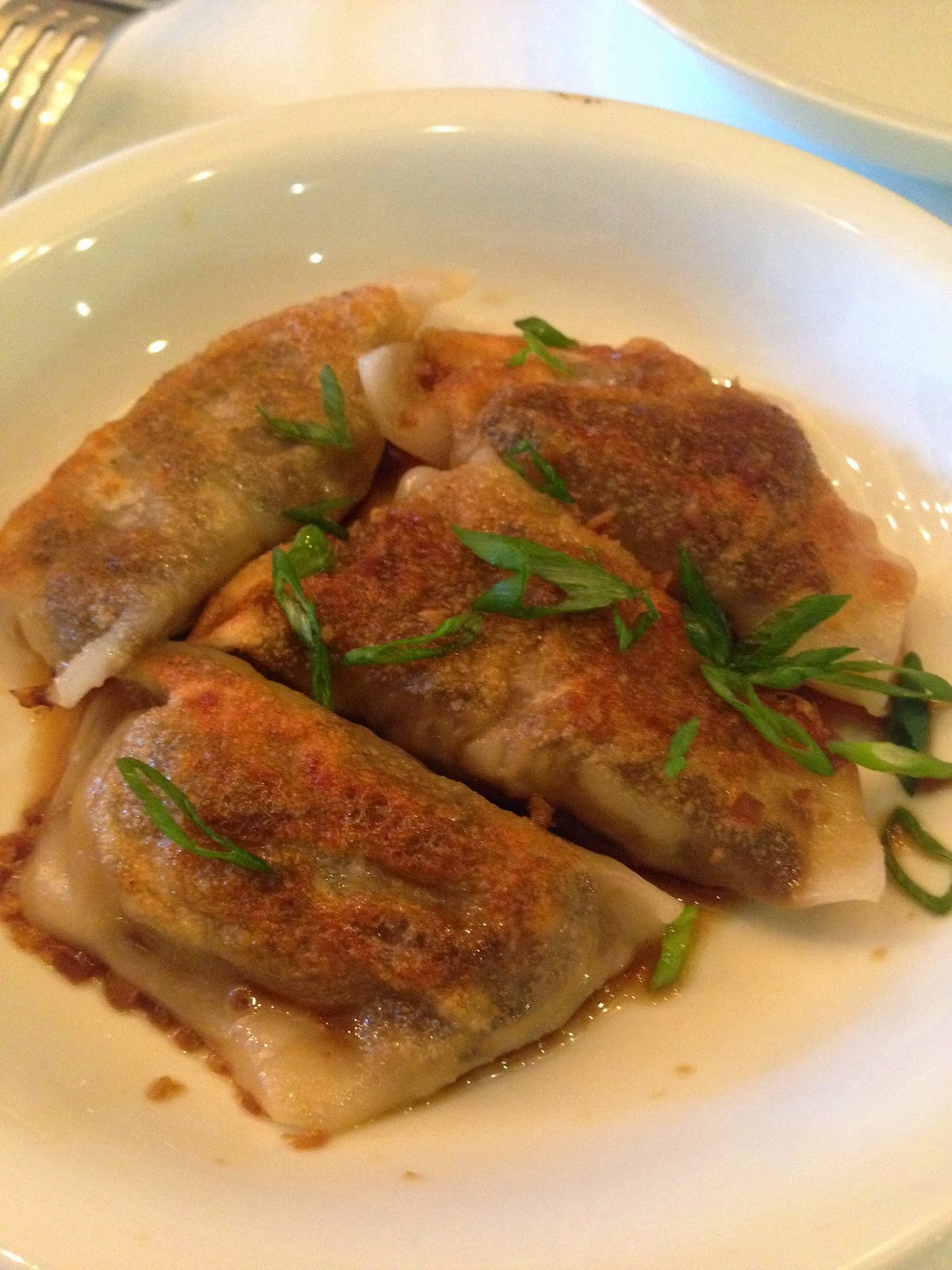 We started with the mushroom dumplings ($5), which have been on the menu for a while, and which I saw on another visit, but did not get to try. I have been wanting them ever since. I was not disappointed. The dumplings were tender, but with a really nice seared side that remained crisp because it wasn’t soaked in the sauce—the sauce was in the bottom of the bowl. It was a “san bai su” sauce, which is a soy-based sauce that tasted also of vinegar and ginger. It also had a touch of sweetness and a slightly smoky taste as well. After we had eaten the four dumplings, I did not hesitate in picking up the bowl and dumping the sauce directly on my last one. The dumplings taste nice and meaty, even though they are filled with mushrooms. 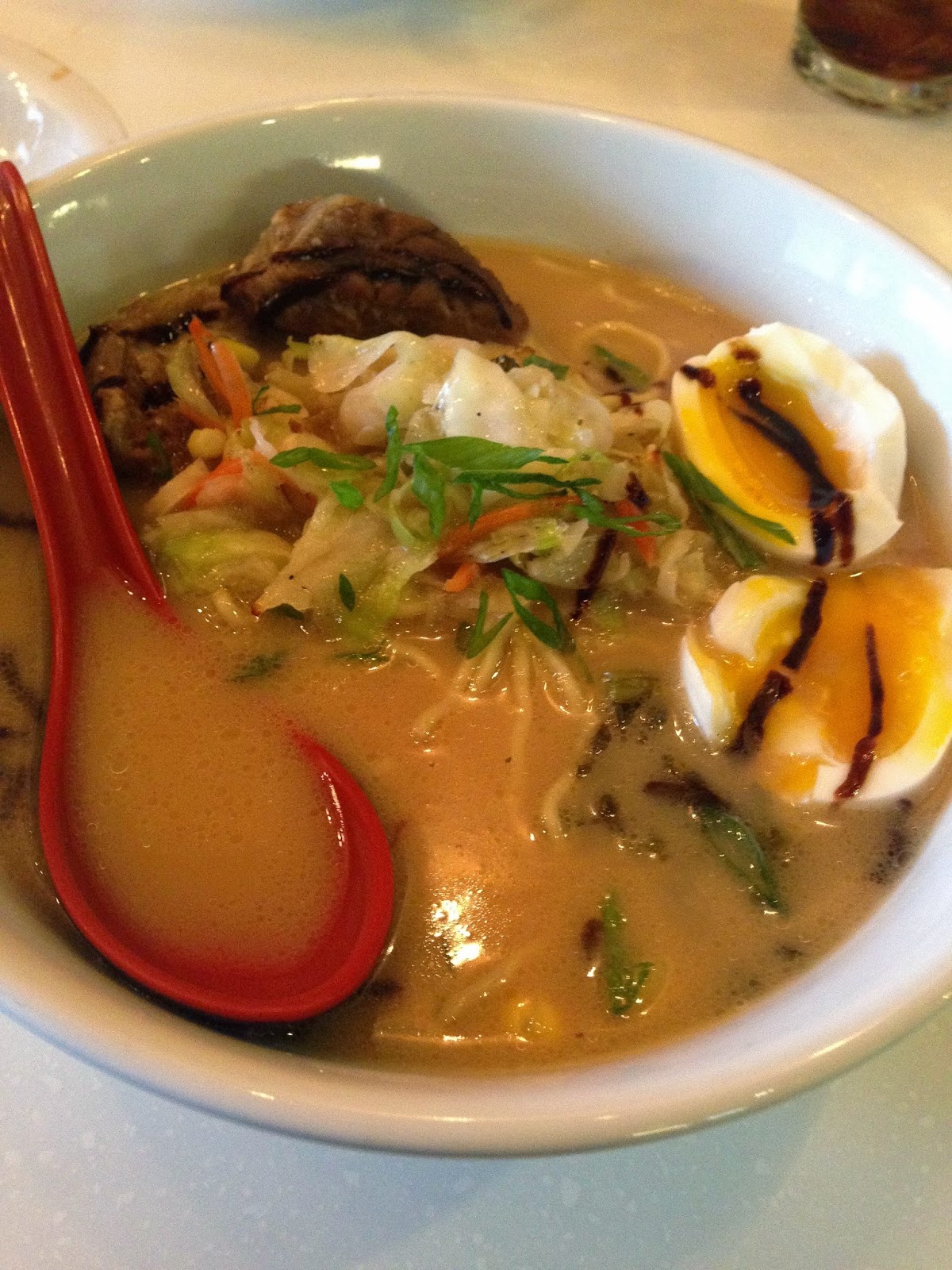 I ordered the ramen tonkatsu ($14), or ramen with pork cheeks. It’s a darn tasty ramen with a truly silky (as the menu says) pork broth. The broth is the big deal with ramen and this one is done really well—lots and lots of flavor. There was a nice little bit of fat on top of the broth adding to that richness. There were two big hunks of very tender pork cheeks in the soup--I appreciated how tender it was, you could pull it apart with your chopsticks. This has not always been the case with pork I have had in ramen. Of course, I loved the 5-minute egg in there. It was super delicious and if you want to talk about something that was silky, that egg yolk certainly was. It was also drizzled with a sauce—guessing this was the black garlic soy. There was corn in there, and sautéed veggies (cabbage and carrot) and some pickled mustard greens. I liked getting a crunch from the greens and the sautéed veggies. The only part I wasn’t sure about was the corn.  I guess it is often in ramen, but I just couldn’t decide how I felt about it. Maybe if it were super fresh right off the ear super-crisp. I couldn’t decide if it added anything for me. And of course, there were the noodles, which are my favorite thing about the whole dish (well, next to the egg) and which were plentiful and had soaked up lots of that delicious broth. A perfect lunch for a cold winter’s day. 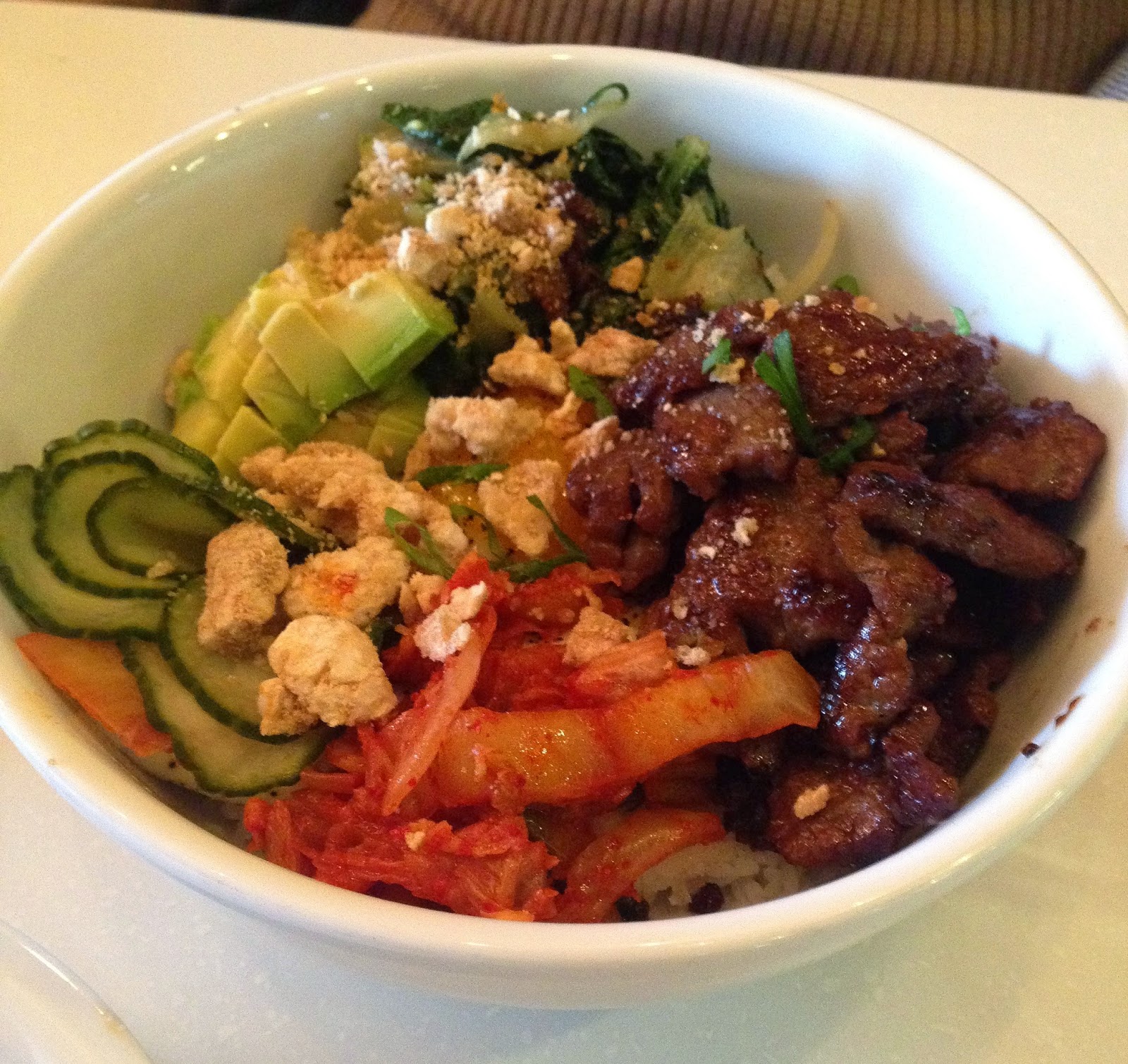 Suzanne had the bulgogi rice bowl ($13)—it was served in the style of a bibimbap with a bowl of rice topped with flank steak, pickled cucumber, kimchi, avocado, bok choy and pork cracklings. You can also add an egg as well (and who wouldn’t? You’d have to be crazy) ($1.50).  This was also a really good dish. The only thing I have about dishes like this is you really gotta mix them up and dig in to get all the flavors together. The bite I had with some kimchi was nice and spicy with a bit of crunch—and I loved the pork cracklins sprinkled on top giving it a surprising crunch but without the use of nuts, which was kind of nice. It also gave a nice salty kick. I also thought the avocado was a nice touch, as you may or may not know, I view avocado as a nearly perfect food. The flank steak is cooked a fair amount, but with a nice caramelized crust to it. It’s a very good dish as well. It’s hard to say which I would have liked it better based on the couple of bites of it I had,
but I would happily eat either.

I was happy to see the varying menu Rook has for lunch—I was also happy to see table service, the artwork on the previous white walls, and the fact that the place was jammed. Most of the time we were there, pretty much every table was full. The service is fast though and the tables tend to turn over pretty quick. I love all the creative dishes being served, and now with the alterations to service and décor (and the fact that they have beer AND wine), I look forward to trying it, and the even more expanded menu, for dinner. 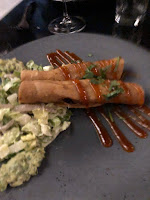