I met my friend @zigged the other day for some dim sum at Lucky Lou’s (I told you I’ve been having a dumpling issue lately). I hadn’t been since this place changed names from On Time—not sure what the deal is there, but they still have some carry out menus from there as well. 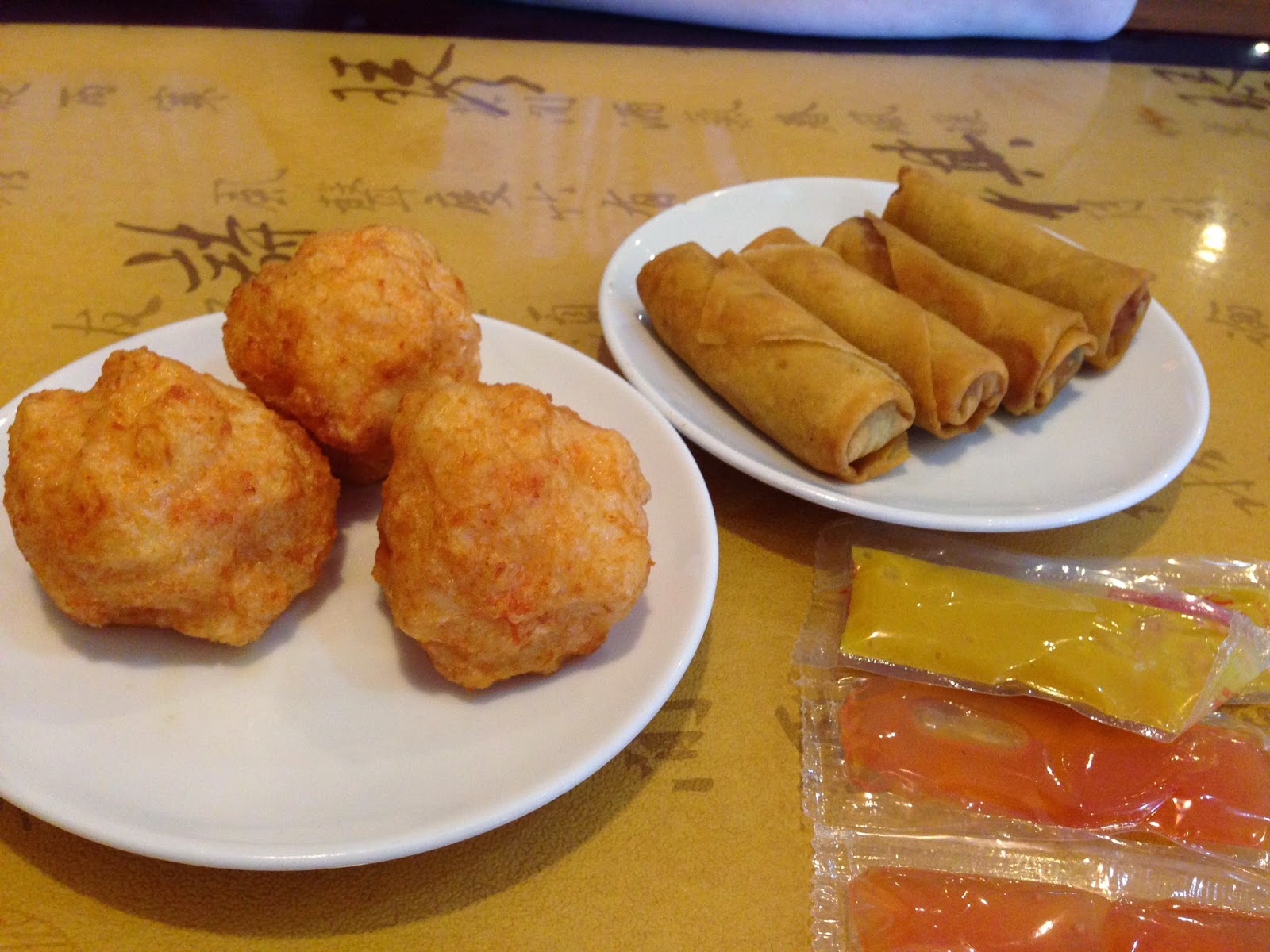 Anyhow, they give you a big picture menu to order from (I am finding out the little carts pushed around the restaurant don’t seem to exist in the Midwest—even in Chicago’s Chinatown). We chose a bunch of stuff. The first couple of things they brought us were the fried bits (You know I like my mix of crunchy and steamed). There were fried shrimp balls ($3.50) and spring rolls ($2.60). I would say these two things were two of the highlights. The shrimp balls tasted just like they were ground shrimp formed into balls and lightly fried. They were quite dense and filling. The spring rolls were filled with more of a pureed filling of veggies with a little pork—you’re not going to look inside and instantly recognize the ingredients in there, but they tasted good and the wrappers were nice and thin and crisp. There’s no fancy homemade sweet and sour or mustard—you get little packets served alongside if you want either. 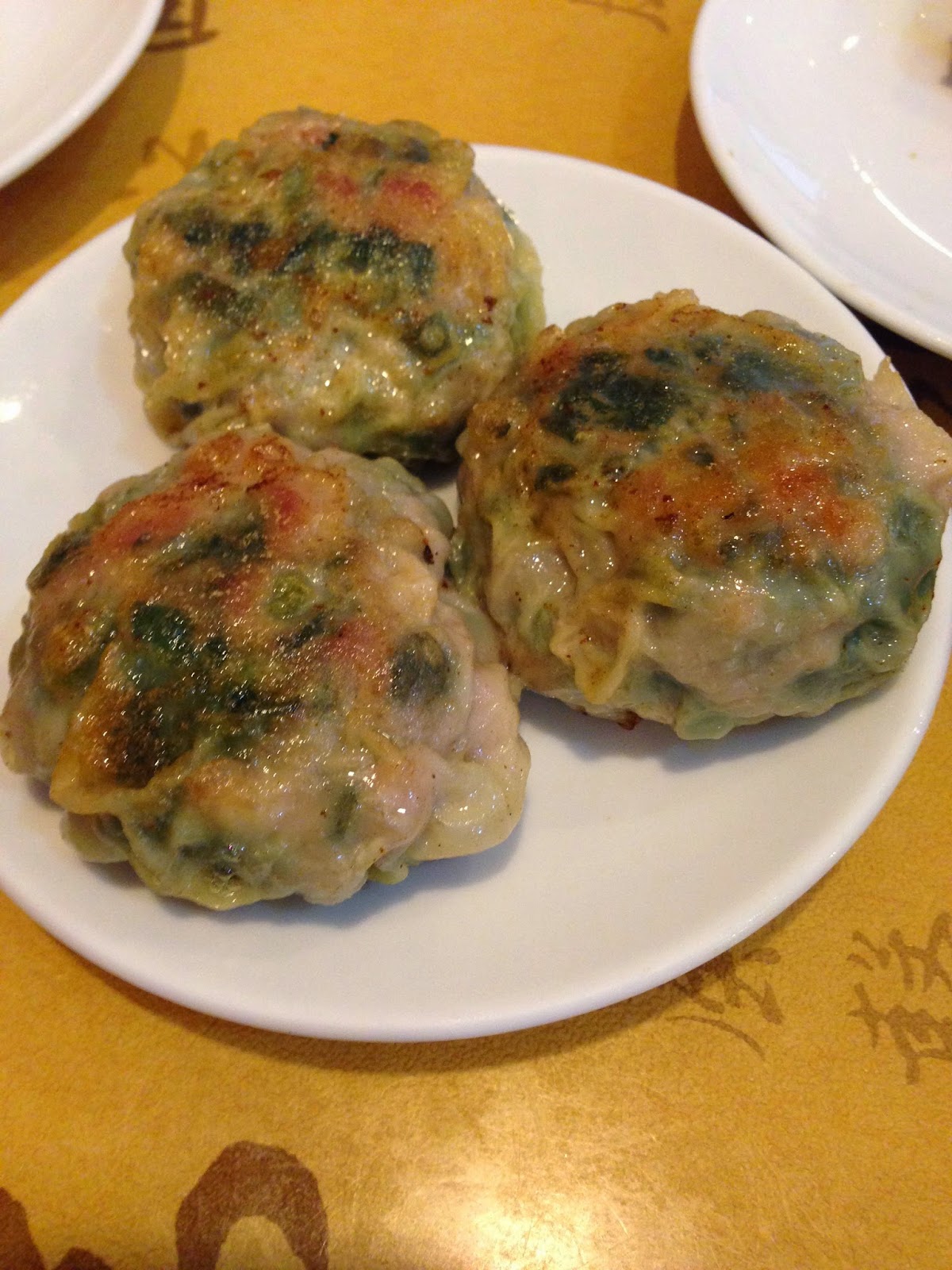 The next thing was the chive dumplings ($3.50). Normally, done well, these are one of my items in dim sum.  These were totally different. For one thing, this was the first time I have had them filled with pork instead of shrimp. They were also really big. I liked that they weren’t overly filled with the chives and scallions. But overall, I wasn’t a huge fan of these. Maybe because they weren’t what I expected (and wanted) but also because they were just so dense inside. They were just a little funky.

Last minute, we had thrown an order of rice in lotus leaf ($4.95). I enjoyed this one. The rice inside was nice and sticky (which I like) and was filled with bits of chicken in a sauce with some mushrooms and a bit of sausage. It was a nice dish to have along with the others—it was more of a composed things containing several ingredients. 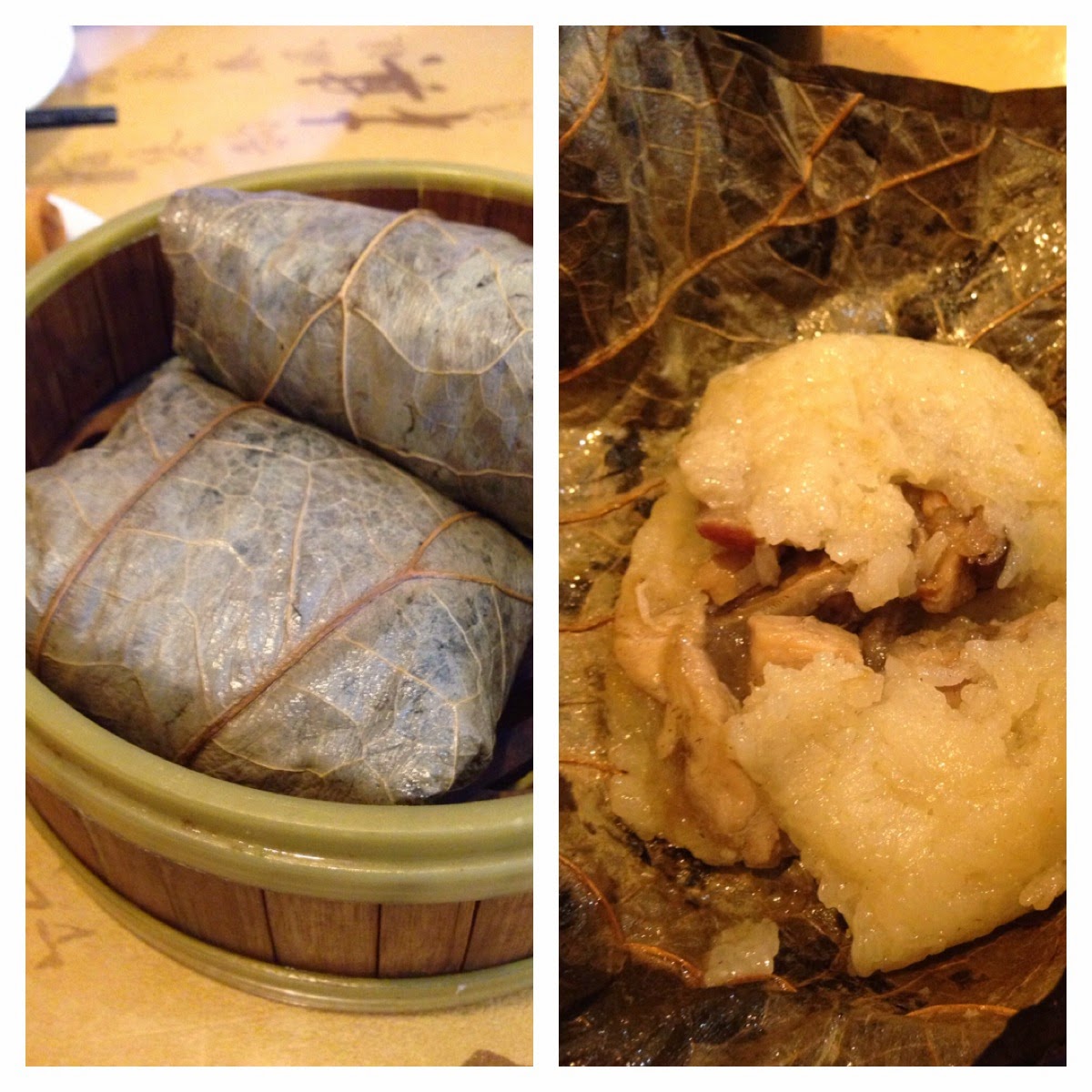 The final thing that we got (I chose this one) was the pan-fried shrimp roll ($2.95). I had had this before at On Time and really enjoyed it. This time, no, I did not like it. It was supposed to contain shrimp—didn’t really get much of that in there and there was just a strange flavor for me that tasted sort of like a lot of leftover stuff stuffed in there and not in a good way for me. I wouldn’t get it again. 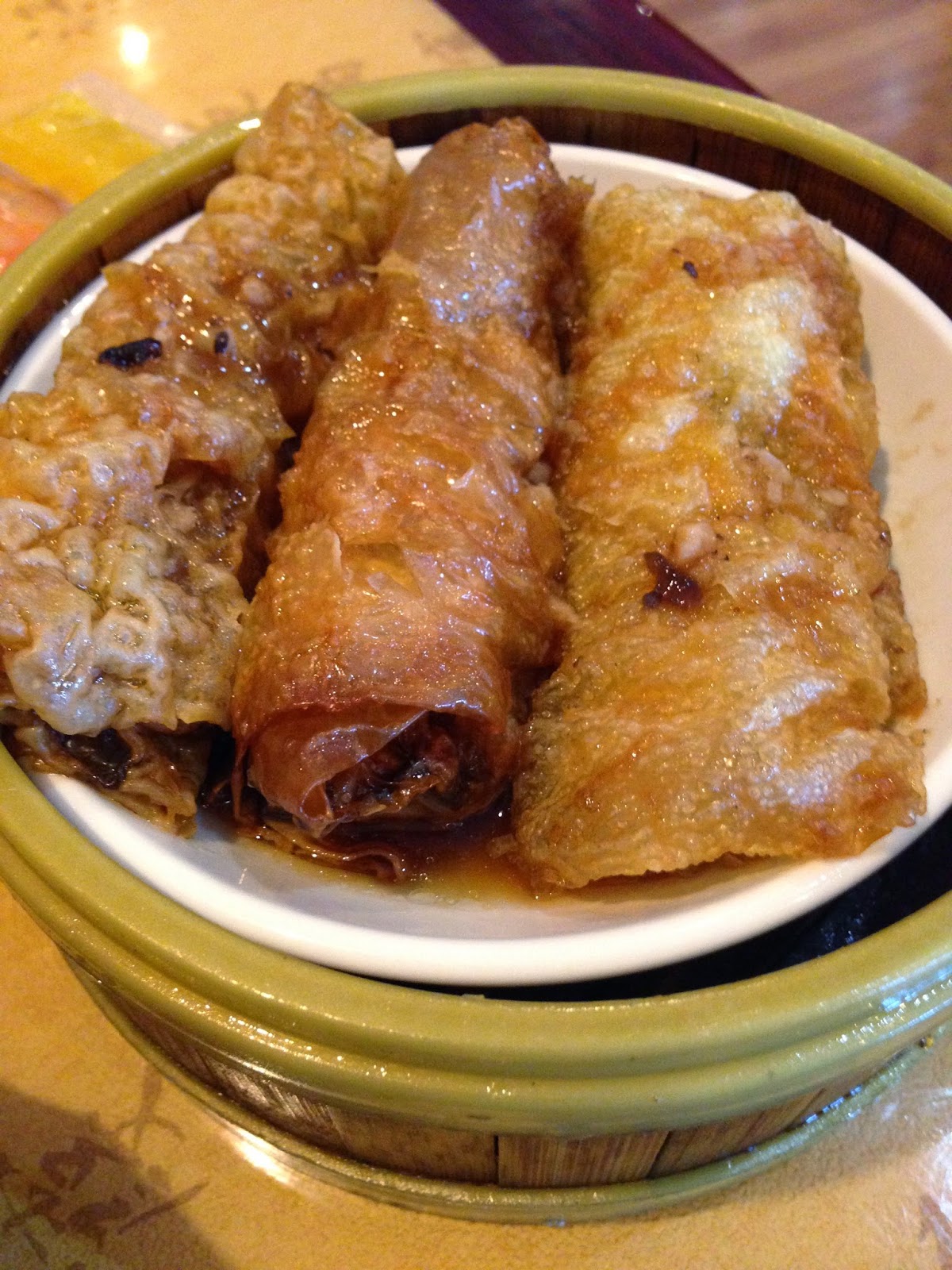 As I write this, I realize there was probably more stuff that was decent than was bad, but when I left the place, I left feeling like it was some of the weakest dim sum I have had. It just didn’t have the lightness that I have enjoyed elsewhere. I always like that I can eat so many different things with dim sum and not feel like I’ve eaten heavy greasy stuff. Not so much the case here. I couldn’t finish much of what I ate (ok, some I just didn’t want to finish).

The people were very nice who waited on us, even though there was a bit of language difficulty. With the pictures on the menu, it wasn’t bad. And it’s pretty darn cheap. Anyone else been here lately? What do you think?